A non-intimidating and fun environment for females to learn golf is gaining momentum among Greater Springfield youngsters, thanks to a new scholarship program at Brookwater Golf and Country Club.

Brookwater Golf & Country Club Jane Bell said the scholarship program was about “grassroots” and growing participation in the game.

“All the girls are at different levels of the program,” she said.

“We want to support growth in the sport, in particular participation. Girls seem to be in the minority at the moment – there’s more young boys playing.”

One of southeast Queensland’s most sought-after golf educators and PGA professionals, John Collins, has aligned himself with St Augustine’s College and runs the program from Brookwater.

While the program’s primary aim is to retain girls, girls new to golf may also be engaged in the program should they demonstrate a commitment to learning the sport.

“We selected five girls from the school who have shown a passion for golf and were eager to develop their skills through training and playing more golf,” he said.

“Due to our successful MyGolf Junior Development Program and the involvement we have had with many girls joining the various programs over the past seven years, I was chosen as one of 25 MyGolf facilities in Australia, to conduct The Australian Golf Foundation Junior Girls Golf Scholarship program.”

Mr Collins said the program started from the beginning of term two and would run during each school term throughout the year.

“We have training sessions each Monday morning from 7-8am and the girls can practice and play as much as they would like outside of the training sessions – they have all been given a junior membership at Brookwater Golf & Country Club as part of the scholarship,” he said.

As part of the scholarship program, girls can advance their skills through ongoing coaching, obtain a handicap, play in club competitions and form lifelong friendships with other girls and members.

The program is designed to foster a deep love of golf by creating a strong bond between girls (aged 10-16) and their MyGolf centre.

Encouraging and supporting MyGolf participants to continue their golfing journey beyond MyGolf (ages 5-12) and to obtain a handicap, the program aims to reduce drop-out rates of teenage girls in golf.

Mr Collins said golf provided many benefits, from the general fitness aspect of being active outdoors through to the social interaction with others.

“Golf is unique in that it is the one sport that many generations can all go out and play together, learn together and even compete against one another,” Mr Collins said.

“The benefits of golf can also be found in the business world with many corporate clients interacting during a game of golf and often the relaxed atmosphere on a golf course can lend itself to forming future business relationships.”

He encouraged more women to take up the sport.

“Not every woman needs to take up golf to become the best player. Many are learning the game for the social aspect and also the challenge that golf provides to the individual as you compete against yourself to get that little bit better each and every time you play or practice,” Mr Collins said.

The cost of the students’ scholarship program was free to the five participants as a way to promote more females becoming involved in the game.

Eleven-year-old Hope Emerson is part of the golf program at Greater Springfield.

Hope’s father John Emerson said his daughter was very excited about starting golf again as it was a female-only class.

“She loves the practice sessions setup by John Collins and also the social aspect of learning the game with other girls her age,” he said.

“Hope started hitting golf balls at the age of three, when she would come to the range with me.

“Hope was introduced to golf initially as all her family members play the game, but it was the female-only classes which attracted her back to the game.” 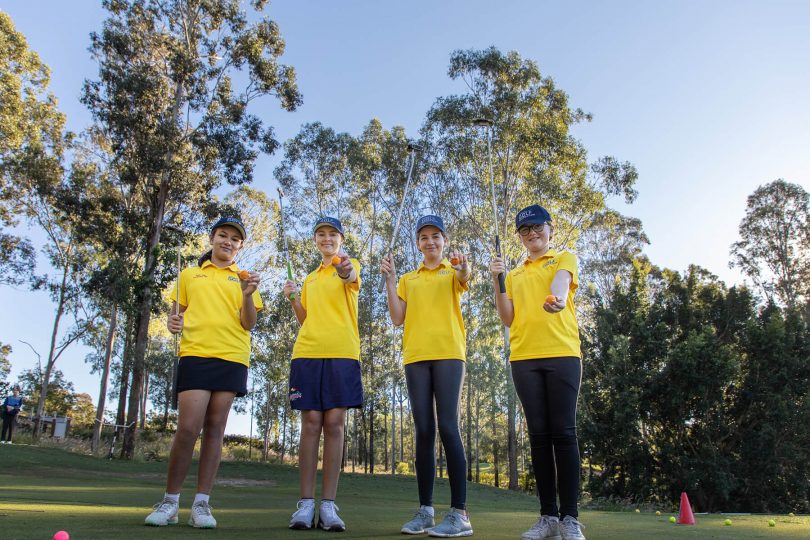 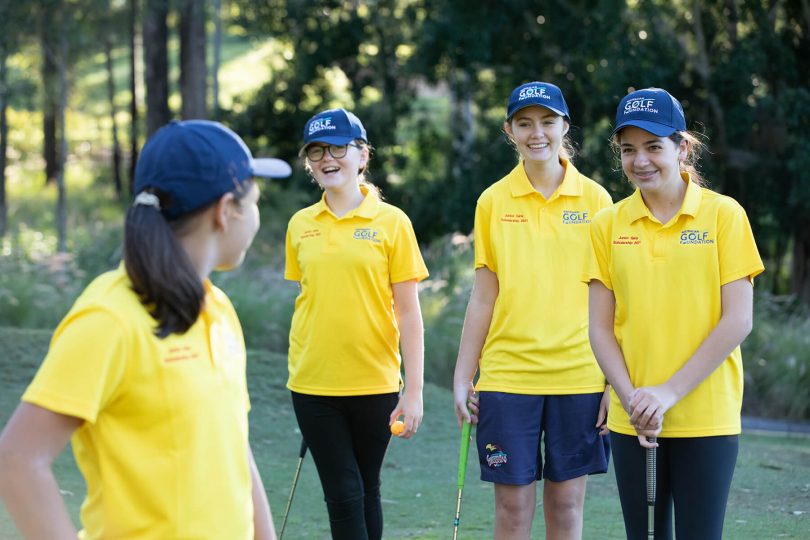 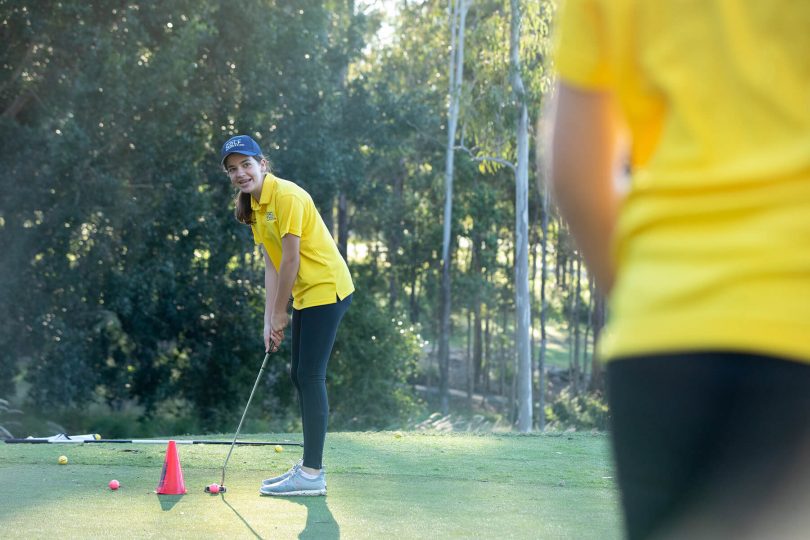 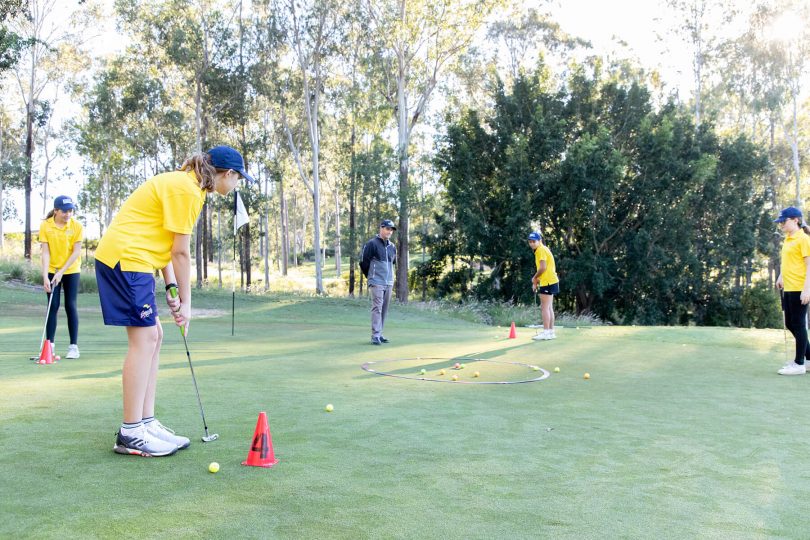